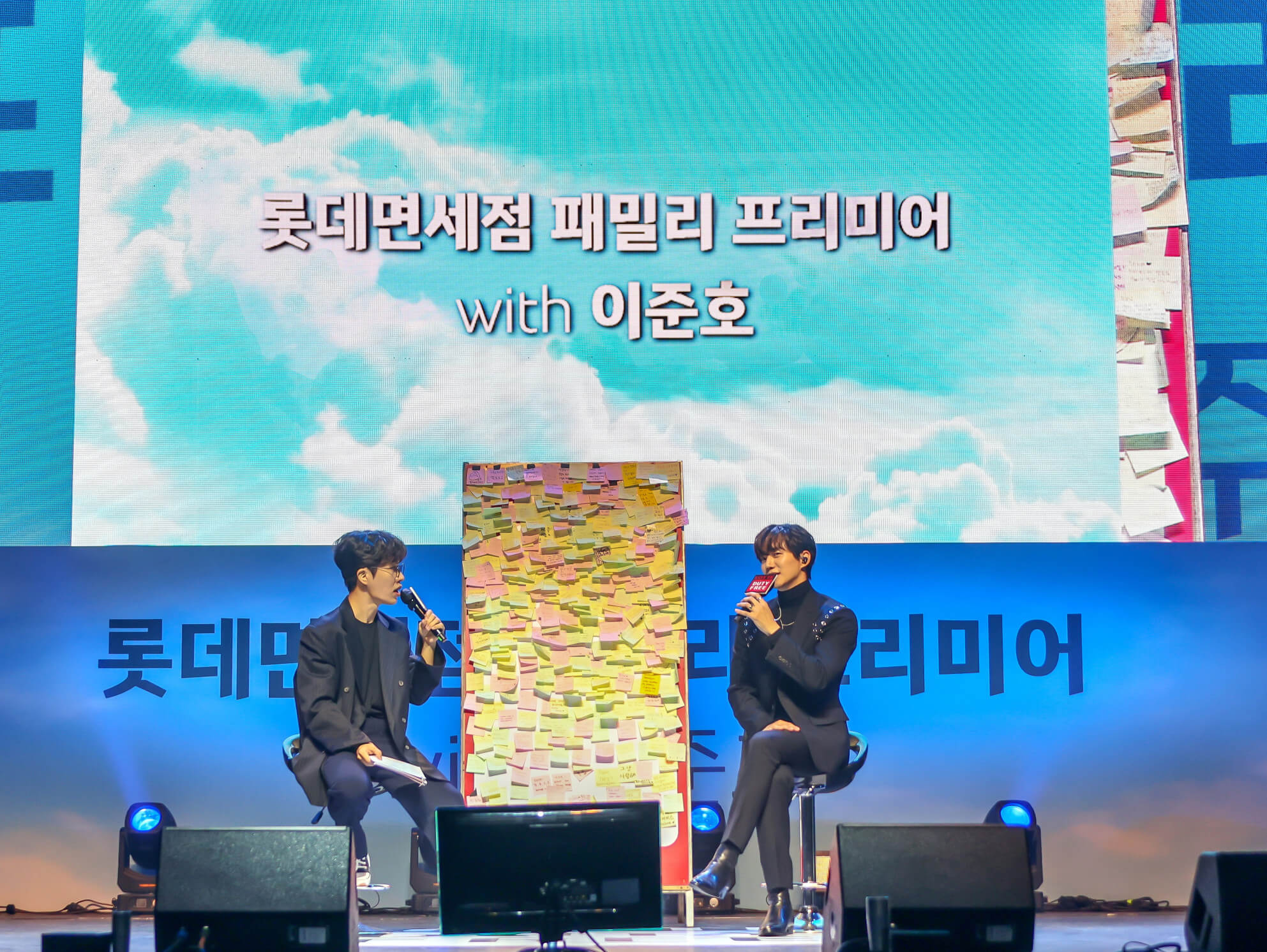 Lotte Duty Free Shop conducted a solo fan meeting for Lotte Duty Free model, singer and actor Lee Jun-ho, which was held as part of its K-content marketing strategy. Jun-ho was selected as a new model in August at the Eunpyeong Culture and Arts Center in Seoul under the title “Lotte Duty Free Family Premier with Lee Jun-ho.”

The 90-minute meeting revolved around the concept of going on a trip with Lee Jun-ho "in the atmosphere of the resumption of overseas travel," and was held amid responses from 700 fans.

Released this week, the second episode of the "LDF Original Series" starring Jun-ho is a short drama that captures the excitement of travel and memories of first love in Singapore. The drama will be released on the official SNS channel of Lotte Duty Free.

To commemorate the launch of Lee Jun-ho's edition, Lotte Duty Free will present a poster for the drama on a first-come, first-serve basis among customers who purchase more than $150 online and offline at Lotte Duty Free Shop.

The "LDF Original Series" is a branding video campaign newly introduced by Lotte Duty Free. In fact, a week before and after the release of the boyband Stray Kid's episode, the number of domestic and foreign customers at Lotte Duty Free increased by about 20%. This debut episode received more than 12 million views. The series' next episodes will feature Espa in December, Twice in January and Super Junior in February.

In other news, Lotte Duty Free will hold the winter season event "Happy Duty Freesmas" from November to January 1, 2023.

According to the recent decline in the exchange rate, a new exchange rate compensation section of 1,300 won has been established and the amount of compensation is expanded to provide up to 4 million won of LDF PAY that can be used like cash at Lotte Duty Free. During Black Friday, from November 25 to 27, three types of LDF PAY 1, 3, and 50,000 won bills will be sold at up to 50% discount to the first 1,200 people on Kakao Talk Gift.