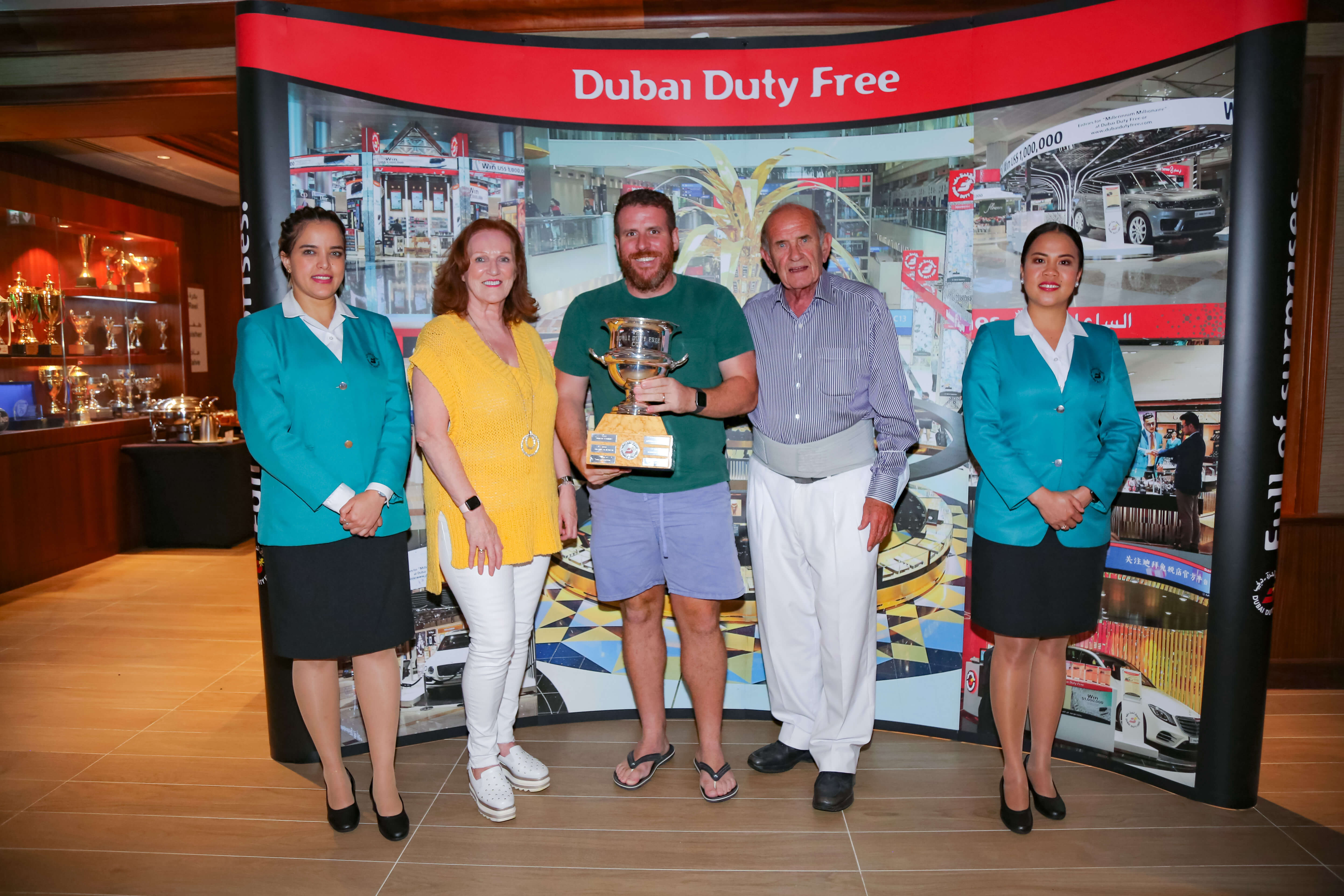 Experiencing warm and breezy conditions, while all golfers showed impressive scores, the coveted title went to Arabian Ranches member, Ross Oates, who won with a score of 44 points.

With the champion golfer crowned, the top three prizes were awarded in the Men’s division, Frederic Fleury taking the victory with 40 points, followed by Andrew Partridge with 39 points in second place and Bruno Pereira in third place with 38 points. With a score of 69 points, Ross Grant was named The Best Gross of the day.

“This is the 28th year that we have been running this golfing event and we are delighted with the turnout. Congratulations to all the winners and thank you to Arabian Ranches for staging the tournament,” says Colm McLoughlin, Executive Vice Chairman & CEO, Dubai Duty Free.

Ten golfers competed in the Ladies division, with prizes being awarded to the top three players; Janine Dodson taking the victory with 39 points, followed by Isabelle Jeanselme and Suzanne Jackson, who won by a countback of 37 points, respectively, finishing in the second and third spot.

The Senior’s division was won by Nick Borkhataria with 39 points, while Anna Iatsuliak won the Junior division with 40 points, out of five juniors who participated in this division.