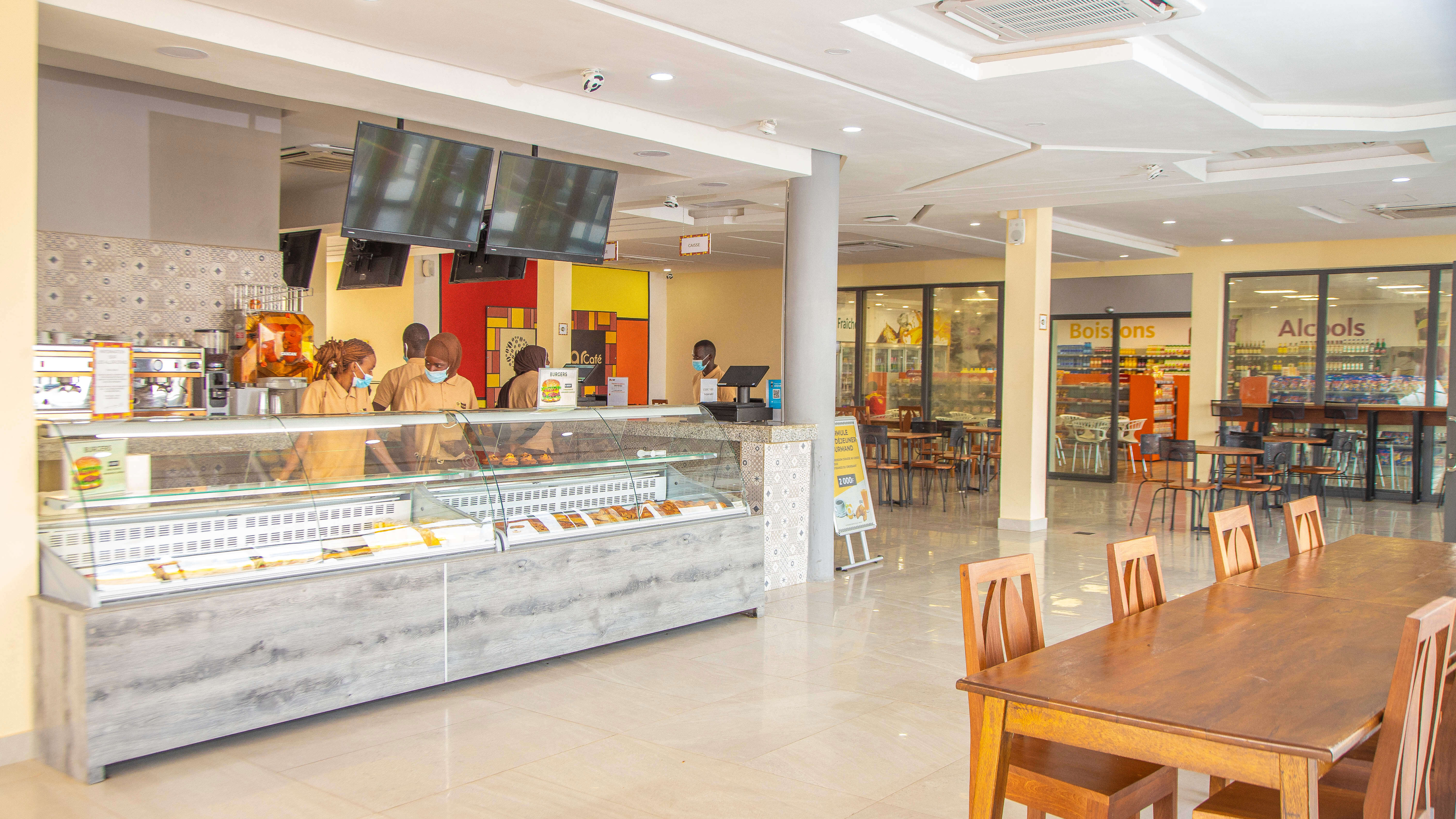 Képar Café is a restaurant concept showcasing African culture and traditions, from the design to the menu

Lagardère Travel Retail has created a bespoke, hyper-localized restaurant concept designed for travelers in West Africa that embodies the richness of local cultures and food traditions.

After a first opening in Nouakchott International Airport, Mauritania in December last year, a new restaurant was inaugurated on May 17 at Yéba South, a motorway service area on the Autoroute de l’Avenir in Senegal.

Lagardère Travel Retail teams in West Africa worked with the central Foodservice teams to develop Képar Café, a restaurant concept showcasing African culture and traditions, from the design to the menu.

Launched in both Mauritania and Senegal, Képar Café means “resting in the shade”. This refers to a long-standing travel tradition in the Sahel region of seeking shade to protect oneself from sunlight and represents the concept’s ambition to offer travelers a break from their journey.

The concept called upon the talents of local communities: menus were developed by local chefs, the design and furniture of the restaurants were created and manufactured by local craftsmen, and the majority of the staff have been hired among the local community around Yéba’s Village.

In the Képar Café, 50% of staff live in the community neighboring the restaurant and represent a 50-50 gender balance. The wood used to manufacture the furniture was sourced locally, in authorized forests.

“The hyper-localization of the concept has been chosen so value creation goes back to the communities and talents who have been so instrumental to realize the project,” said Lagardère Travel Retail.

In Yéba, the Képar Café offers a broad selection of Senegalese dishes in self-service or à la carte in the seating area. In addition, travelers can enjoy a grab & go offer of sandwiches, salads, pastries, hot drinks and cold beverages.

Most of the food is produced locally, including vegetables, fruits, fish, meat and rice.

The Yéba service area is located on the Autoroute de l’Avenir, a 56-kilometer motorway from Dakar to Blaise Diagne International Airport which has developed as part of the country’s broader efforts to ease mobility in and out the capital city. It is expected to see 2.5 million vehicles passing every year.

The Képar Café in Mauritania and Senegal have embraced slightly different designs, to best represent the culture of the country they are based in. In Yéba, for example, the ochre color has been chosen to recall Senegal’s soil.

Commenting on this announcement, Sountou Bousso, CEO, Lagardère Travel Retail West Africa, said: "Képar Café is a truly West African concept, designed to not only meet the needs of local and regional travelers but also to bring together what our local cultures and know-how have best to offer. We’re committed to operate responsibly and wanted to create unique restaurant concepts which ultimately benefit the local communities. I’m very confident Képar will establish itself as a recognized food hotspot, and a value-based concept that is as unique as the local cultures it showcases.”

Yéba’s Képar Café was officially inaugurated on 17 May, with the attendance of several Senegalese government officials, local food influencers, media, and local and central teams of Lagardère Travel Retail.

Building on initial successes in Mauritania and Senegal, Lagardère Travel Retail plans to roll out the Képar Café concept in other West African travel locations.