In contrast to most of the world, for Hamad International Airport (HIA) and operator Qatar Duty Free, the year 2021 has been a good one. 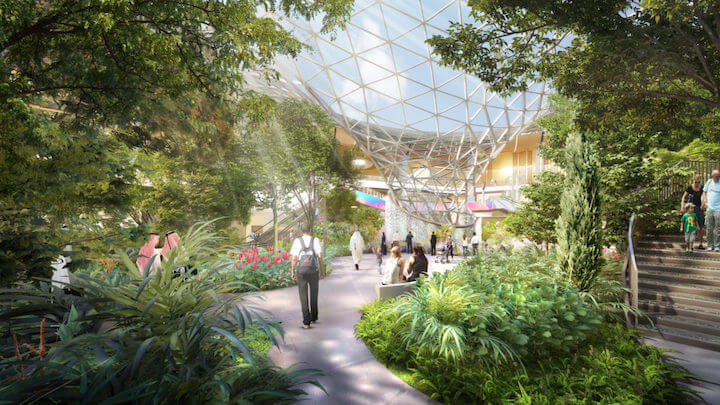 The new HIA will be a destination unto itself, working new elements such as the garden area into the unique and already jaw-dropping design

On this topic, Qatar Airline won the “Investment in People” accolade from Seatrade Awards 2021 in recognition of its contribution to the welfare of thousands of seafarers, having played a leading role in the repatriation of mariners stranded by the pandemic. Qatar Airways also continued to facilitate essential crew changes to support the global supply chains, and delivered essential supplies and cargo to those in need globally. 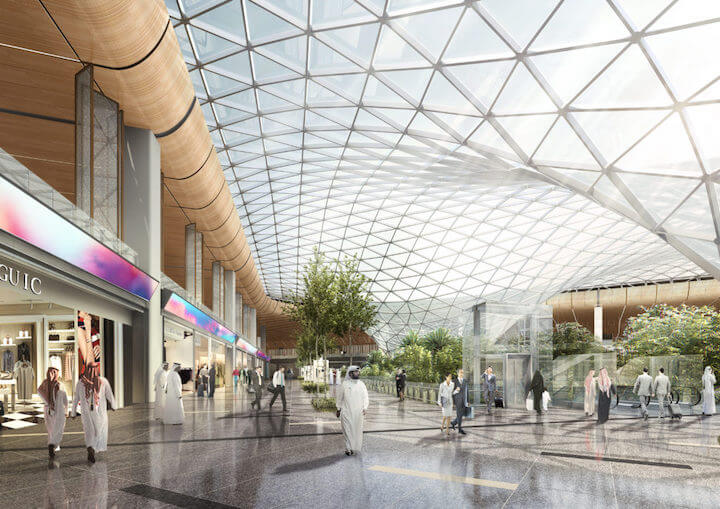 The selection of shopping, food and beverage venues will continue to be enhanced in the leadup to the opening of the expanded airport, set to open in June 2022

HIA was one of the first airports in the world to implement thermal screening at key touchpoints, also ensuring the availability of hand sanitizers and personal protective equipment (PPE) throughout the terminal. Early on, the airport also intensified cleaning and disinfection protocols, and created a system to ensure the safety and wearing of masks for all its staff. Additionally, HIA prioritized a staff vaccination drive.

In December 2020, HIA became the first in the Middle East and Asia to be awarded a 5-Star COVID-19 Airport Safety Rating by Skytrax – a testament to the airport’s efforts, resilience, and operational excellence during the pandemic.

Qatar Airways is the largest airline to have flown consistently throughout the COVID-19 pandemic. Its network never fell below 30 destinations despite a challenging financial situation, mainly to allow for repatriation flights for passengers stranded far from home. The airline continues to rebuild its network in line with the reopening of global travel and now serves over 140 destinations.

By staying operational throughout the pandemic, HIA entered the top ten global ranks in terms of international passenger traffic, rising from the 16th position in 2019 to 6th in 2020.

Though many airports postponed planned renovations during this time, HIA continued with its expansion plans. Qatar Duty Free also expanded considerably, opening its famous “21 in 21” stores, and will continue to do so in coming months. 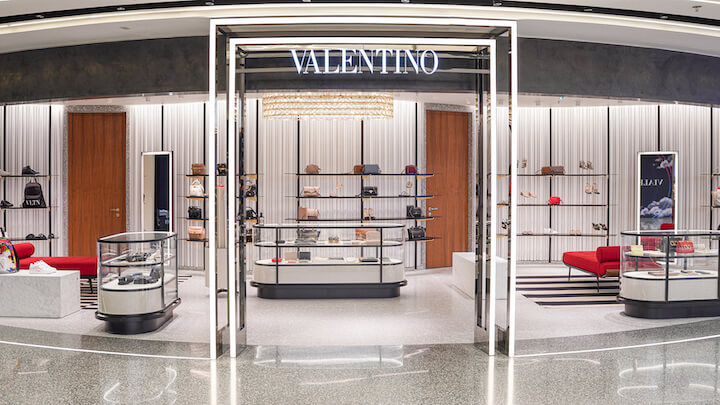 “We turned the downtime across the lower traffic period to our advantage to accelerate plans to enhance our retail portfolio. We opened more than 21 new shopping and food & beverage outlets, catering to a range of tastes and budgets, including many global and regional firsts,” says Mr. Thabet Musleh, Vice President Qatar Duty Free. 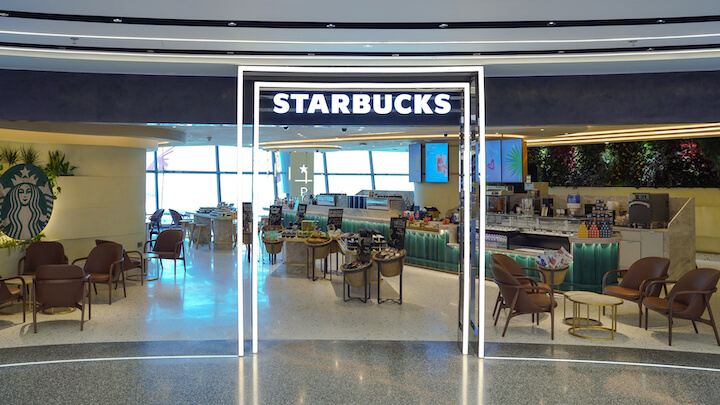 Qatar Duty Free has begun offering an enhanced food & beverage offer, including grab-and-go eateries for those on the move

As well as enhancing the portfolio of luxury brand boutiques, QDF also opened a Big Value duty free shop concept, which offers products tailored to a budget-conscious consumer, with an emphasis on liquor, confectionery and mid-priced beauty.

These openings helped keep revenue up in the airport, with +60% SPP in all new and redeveloped stores, and some brands and categories already outperforming 2019. “Eighteen months on from the onset of the pandemic, at a now-busy terminal, we have seen that our customer behavior remains largely unchanged,” says Thabet.

In coming months, many more new stores, boutiques and dining outlets will be revealed on a phased basis. These outlets will be located in both the departure and arrival areas. QDF will also be releasing its newly created Day2Day CTN brand.

Qatar Duty Free has already begun offering an enhanced food & beverage offer, including grab-and-go eateries for those on the move, plus a range of dine-in outlets and fine-dining concepts to satisfy those customers with more time to spare. More F&B outlets will be opening during the leadup and at the debut of the expanded airport.

Phase A of the HIA terminal expansion, scheduled to open in June 2022, will more than double the annual passenger capacity of the airport from 24 million to 58 million next year. Phase B of the expansion will further increase capacity to 60 million.

Along with a capacity that is more than double current levels, QDF will also offer double the retail and double the food and beverage options. The design is such that there will be two “hubs” within the airport for passengers to spend dwell time in a comfortable environment, with many options for shopping and other unique experiences.

Qatar made it a mandate to host a number of major sporting events by 2030, and the country is succeeding in that. Later in 2021 Qatar is hosting both the Qatar Grand Prix Formula 1 and the FIFA Arab Cup. In 2022, the country will host the FIFA World Cup 2022.

HIA is the official airport of the FIFA World Cup, and Qatar Airways is the official airline. This will offer Qatar Duty Free the chance to offer branded items and other souvenirs to the millions expected to travel to the country for this, one of the world’s most popular spectator events.