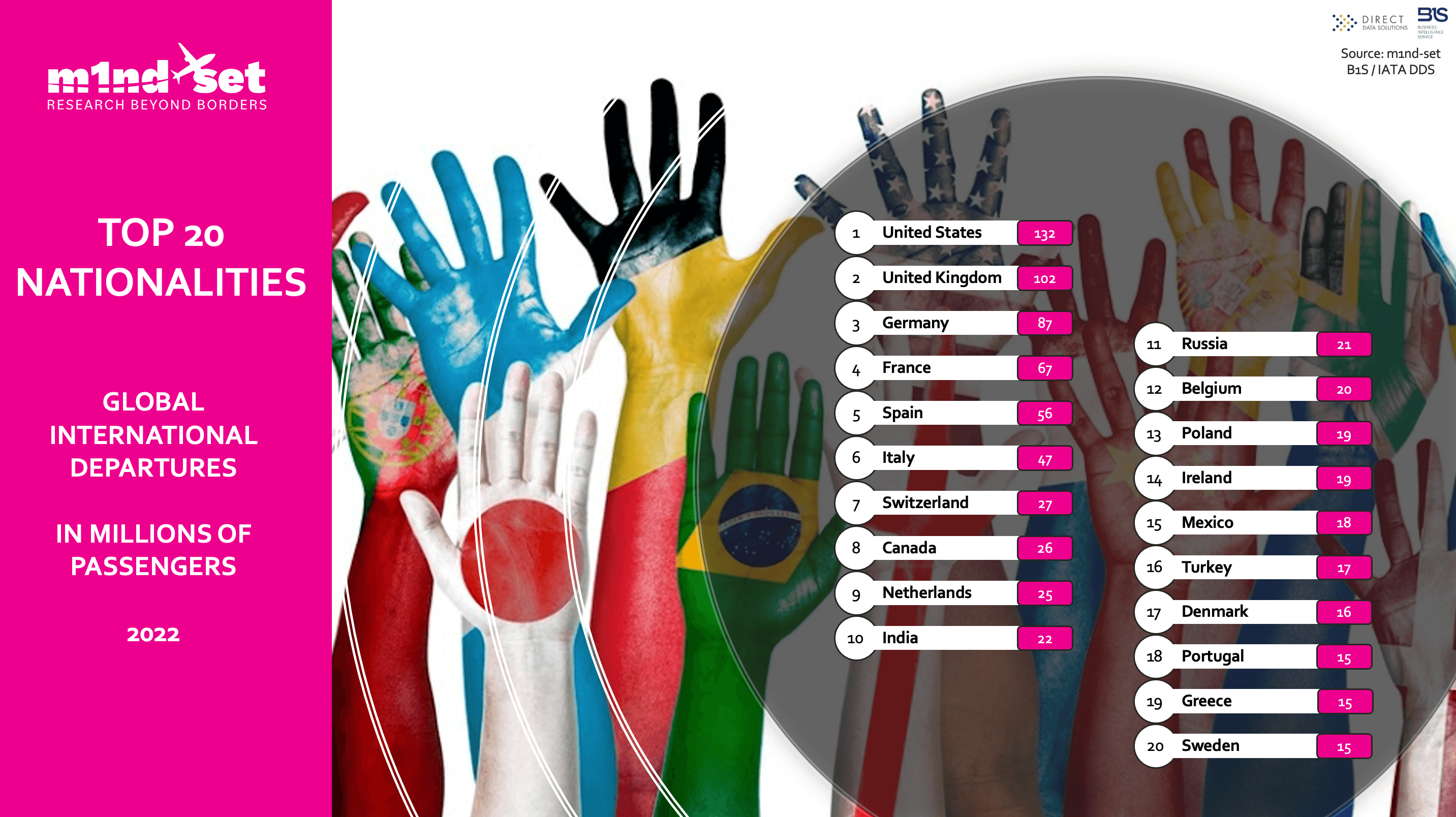 France, Spain and Italy remain in the top ten; however, the countries move up in the rankings compared to pre-pandemic traveler numbers in 2019, with 67, 56 and 47 million international trips, respectively, in 2022.

Switzerland, Canada and the Netherlands are all new entrants into the top ten nationalities and India completes the list, falling to tenth place (vs. fifth place in 2019).

South Korea, Japan and China have all exited the top ten traveling nationalities.

Spain and Switzerland are the only two countries among the top ten that have seen a full recovery for international traffic, attaining and even moderately surpassing pre-pandemic levels. 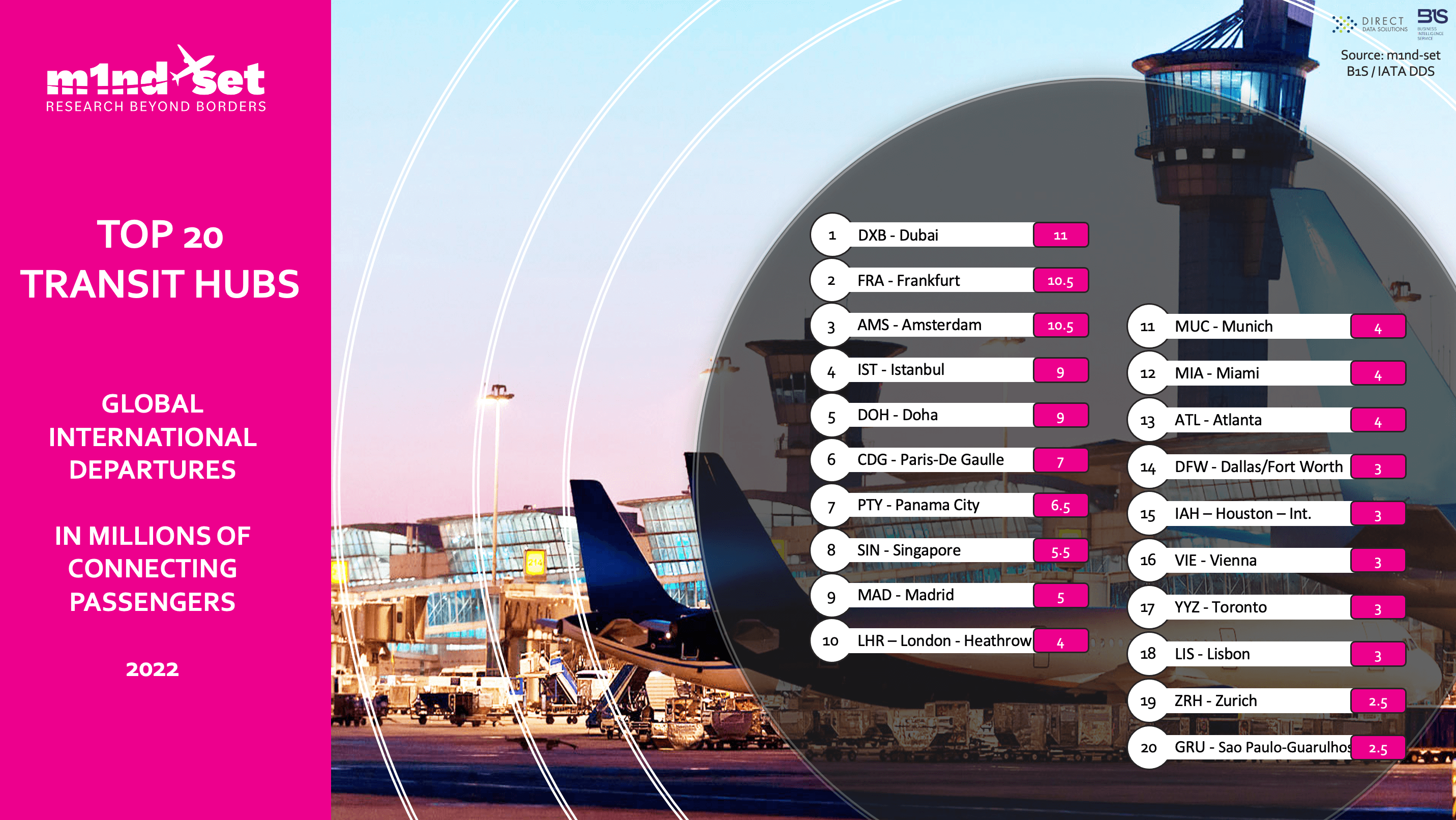 The top international travel hubs in terms of transit passengers in 2022 have seen a recovery of approximately 62% vs. pre-pandemic traffic levels, with Panama City Tocumen International Airport being the only top ten travel hub to have reached pre-pandemic 2019 traffic levels for connecting passengers. The airport reported a 7% growth in traffic in 2022 compared to 2019.

Madrid has also seen healthy recovery with transit traffic at over 70% of pre-pandemic levels. The third benchmark ranking in m1nd-set’s annual B1S traffic monitor reveals that the top 20 airlines for passenger numbers have recovered 81% of traffic during the first ten months in 2022, January to October, compared to the same period in 2019.

Wizz Air has seen traffic bounce back to around 102% of pre-pandemic January to October figures with 29 million passengers. American Airlines, Qatar Airways, Air France and British Airways complete the top ten, carrying 26, 24, 24 and 23 million passengers, respectively, between January and October 2022, according to m1nd-set. British Airways shows the lowest recovery rate at 63% of January to October 2019 traffic.