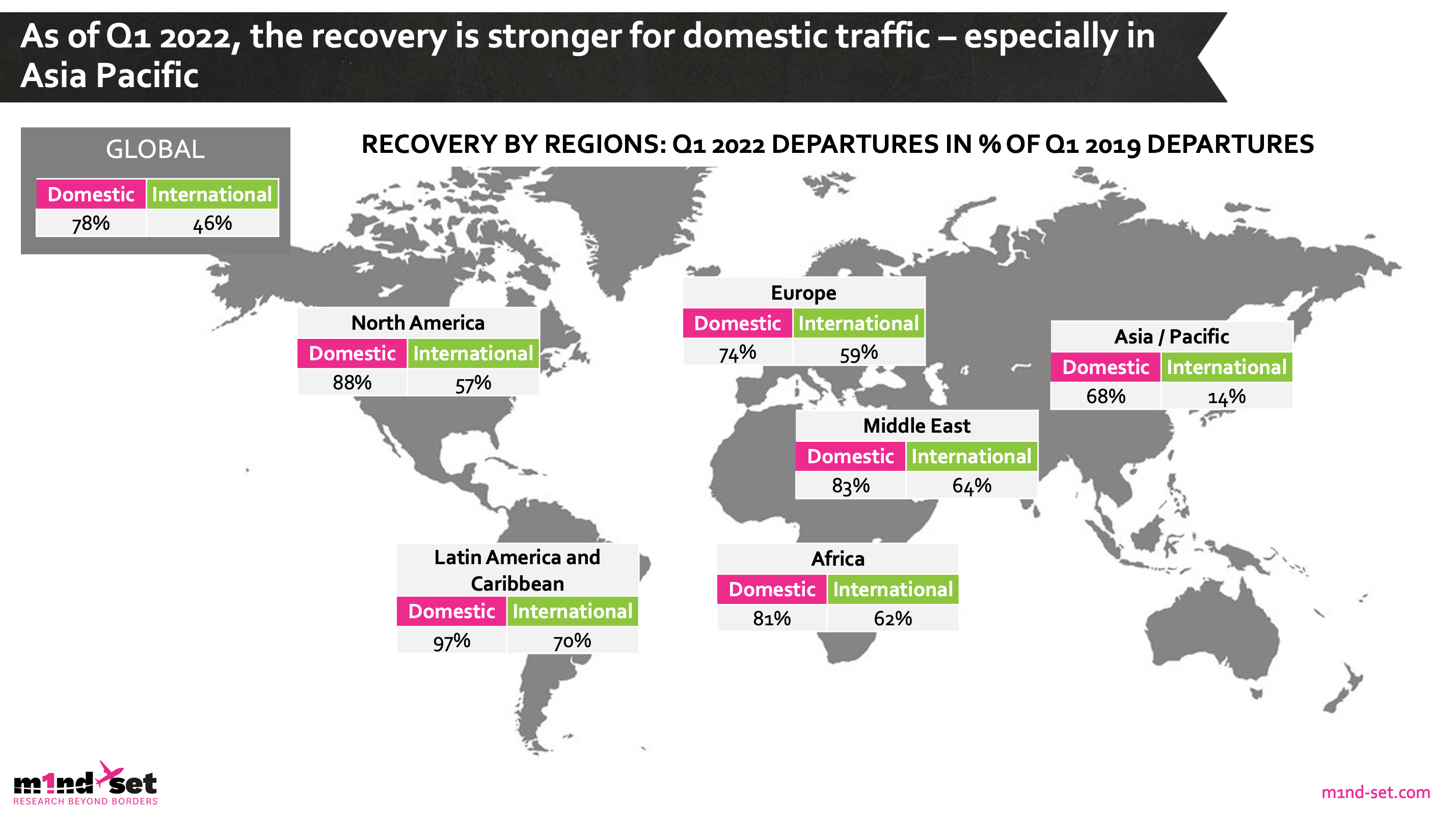 m1nd-set has released a global traffic analysis, which compares pre-pandemic to traffic levels in Q1 2022 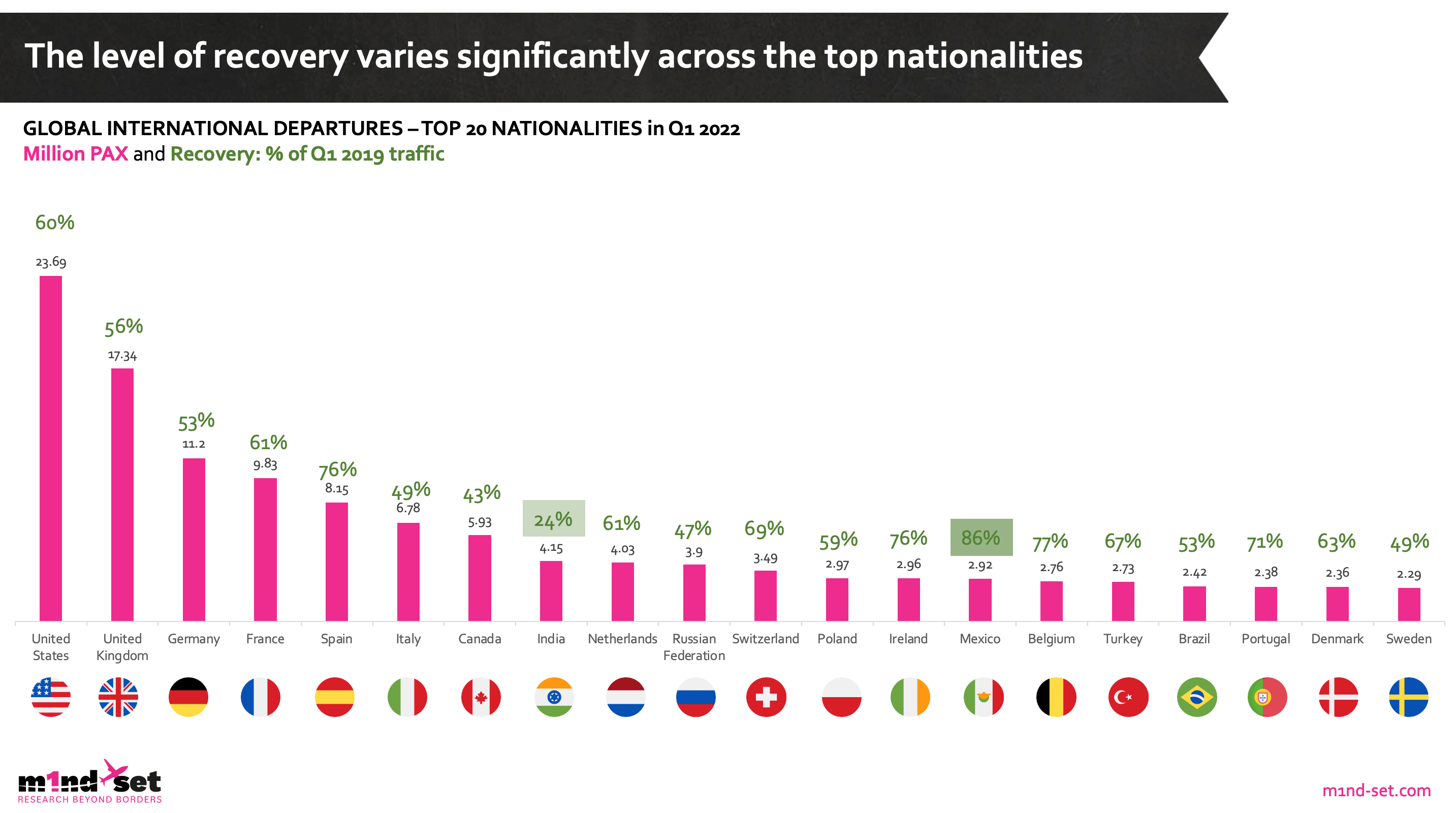 A number of new entrants in the top 20 airport and nationality rankings for international traffic have emerged, according to m1nd-set’s latest traffic analysis focus.

The agency has released a global traffic analysis, which compares pre-pandemic to current traffic levels, looking at how traffic has evolved between the first quarter of 2019 and Q1 2022.

“The past two years of lockdowns and border closures have seen a significant re-ordering of the ranks in terms of leading nationalities and airports for international air traffic. Traffic forecasting has never been so dynamic due to the varying recovery rates, that are constantly affected by prolonged lockdowns and geopolitical events.

In Q1 this year, IATA, which m1nd-set sources its air traffic and forecasting data from for its Business 1ntelligence Service (B1S), predicted that international air traffic would reach pre-pandemic levels in 2024. However, IATA has recently revised these forecasts and is now projecting pre-Covid levels will be achieved by 2023,” comments Peter Mohn, Owner & Chief Executive Officer at m1nd-set.

As far as airports are concerned, Cancun, New York JFK, Miami and Dublin Airports have all seen significant positive change in the rankings for international departures between Q1 2019 and 2022. Cancun rose from 42nd to 9th position, with a 103% recovery rate on Q1 2019 traffic.

Rankings among the top-ranking airports for international traffic have remained constant. Four of the top five airports in Q1 2022 – Dubai, Amsterdam, London Heathrow and Paris Charles de Gaulle – were already among the top ten in Q1 2019. Dubai Airport recovered just over 60% of its international departure traffic, Amsterdam and Paris just below 60% and London Heathrow was at 50% of pre-Covid levels in Q1 this year.

“Subscribers of m1nd-set’s B1S traffic and shopper insights tool can observe the projected increase in international traffic at specific destinations, with a high purchase rate of their category and monitor how typical shopper profiles of that category are behaving differently over the past three years.

"This is particularly interesting where specific shopper segments have changed their visiting, browsing and/or purchasing behaviour such as purchase drivers, the importance of sustainable values or desire to interact with staff for example” adds Mohn.

More information on the traffic analysis research and airport, airline and nationality rankings can be obtained from m1nd-set by writing to info@m1nd-set.com.