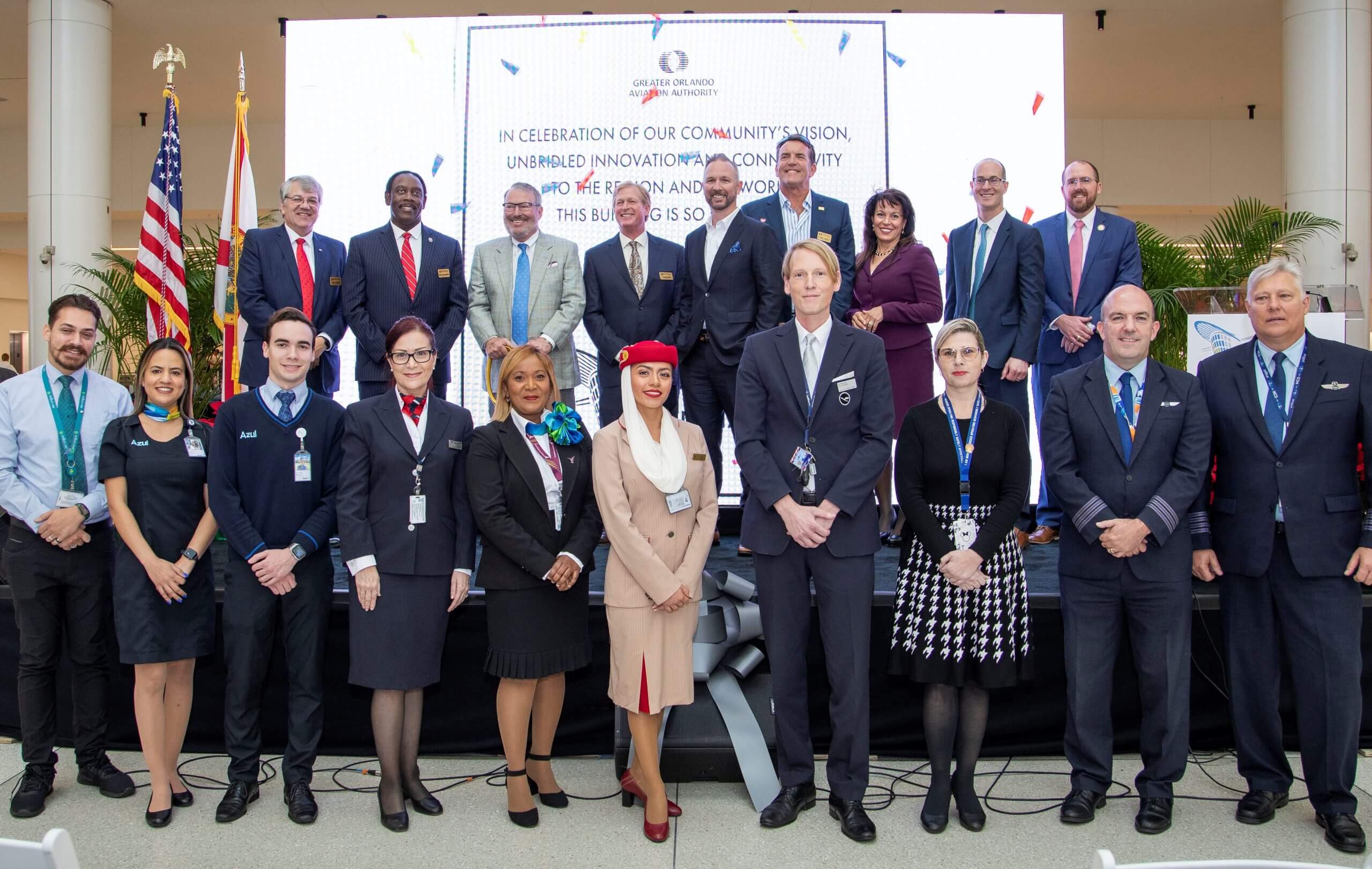 The Greater Orlando Aviation Authority marked the opening of Terminal C, an innovative new terminal geared toward high-tech conveniences for passengers, with a celebration "that echoed the project's vision to reality story," reads the press release.

GOAA Chief Executive Officer Kevin Thibault welcomed local community leaders and airport partners to the event, which acknowledged the work of former board chairs and airport executives who first envisioned what would later become Terminal C.

“Operations at Terminal C began on September 20, 2022, almost 40 years from the opening of the main terminal in 1981. We celebrate Terminal C’s opening at a time when our passenger volume is returning to pre-pandemic levels.

"Terminal C will help to offset heavy volume in our Main Terminal and help to sustain our growth. It is the foundation for an intermodal hub that will welcome planes, trains and automobiles,” saidThibault.

Jared W. Perdue, P.E., Florida Department of Transportation Secretary, spoke about the change that Terminal C will make on transportation choices across the state.

“Terminal C is a smart, forward-thinking investment for the Orlando International Airport to benefit the millions of Floridians and tourists who travel in and out of the state each year,” Perdue said. “The integrated rail-air-ground transportation hub is an example of the innovative advancements we’re making in Florida’s communities and transportation infrastructure to expand mobility, reinforce a robust supply chain, and enhance economic growth," he commented.

The terminal is home to 11 airline carriers including domestic anchor JetBlue. Dave Clark, head of Planning and Revenue for JetBlue, was a featured speaker. The afternoon event drew congratulations and support from state leaders and the international aviation community. It also featured a ribbon-cutting ceremony with uniformed attendants representing eight different airline carriers that are based at Terminal C: Aer Lingus, Azul, British Airways, Caribbean Airlines, Emirates, JetBlue, Lufthansa and Sunwing Airlines.