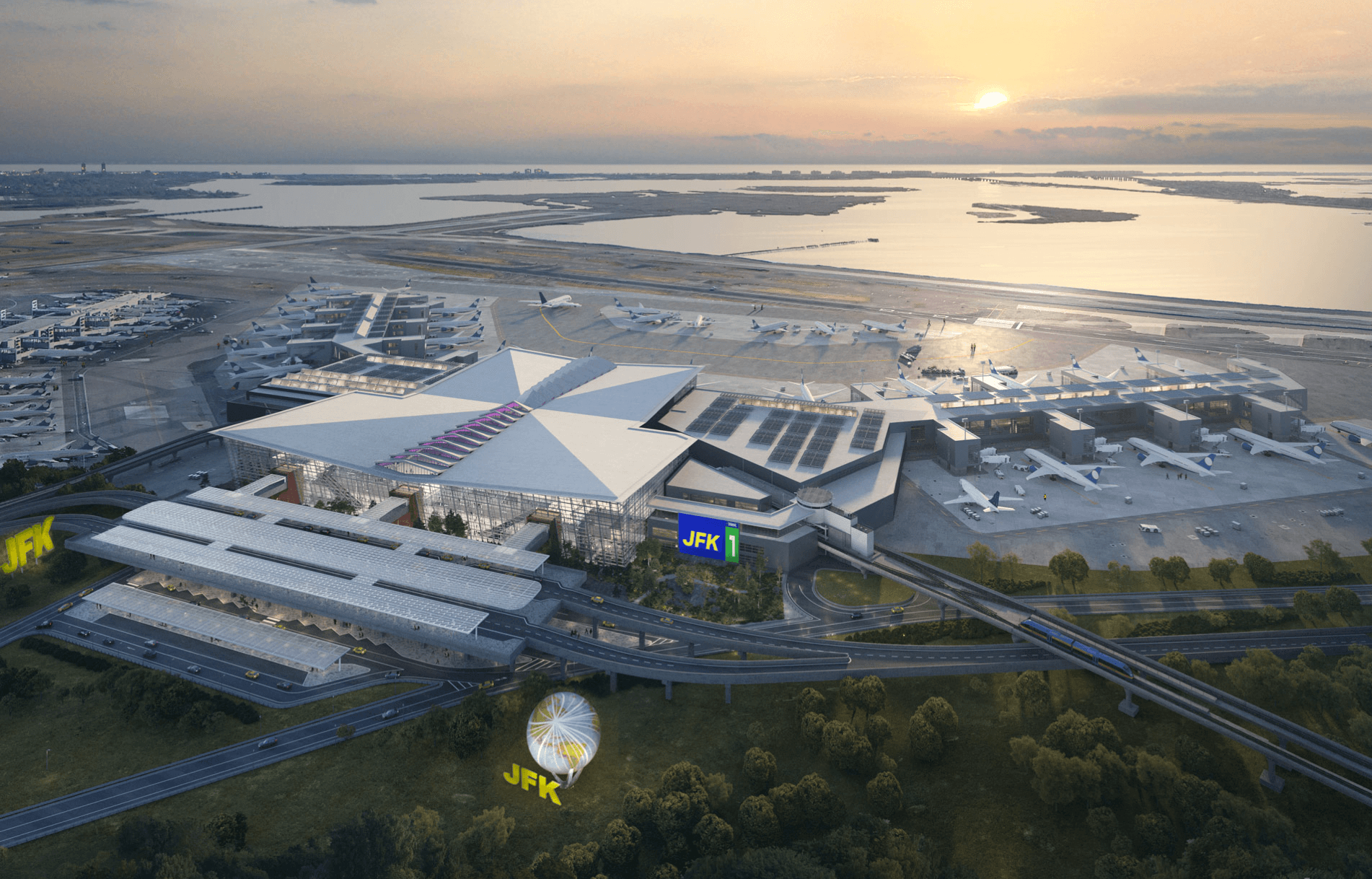 This project is the final piece of the JFK Vision plan to get underway, and it will complete the transformation of the airport into a "21st century global gateway"

Governor Kathy Hochul announced that construction of a new, world-class Terminal 6 at JFK International Airport will move forward early next year now that financial investments have been made and approvals have been secured for the first phase of the privately financed project expected to cost US$4.2 billion.

This project is the final piece of the JFK Vision plan to get underway, and it will complete the transformation of the airport into a "21st century global gateway," says the PR.

"JFK International – the nation's door to the world – will soon be worthy of New Yorkers, providing an unparalleled passenger experience.

"This historic $18 billion investment will not only transform JFK into a world-class airport, but also create 4,000 jobs in the process, and I thank everyone who put in the years of hard work to move this project forward," says Governor Hochul.

The JMP consortium will develop the new terminal in two phases, with the first new gates opening in 2026 and project completion anticipated in 2028.

An anchor for passenger travel

Approved in August 2021 by the Port Authority Board of Commissioners, the 1.2 million-square-foot T6, with capacity for 10 gates – including nine wide body gates – will connect to JetBlue's Terminal 5. Terminal 7's current primary tenant, British Airways will move to a modernized and expanded Terminal 8 later this year, and the 60-year-old Terminal 7 will be demolished after the first phase of Terminal 6 is completed. The connected terminals spanning the current T6 and T7 sites will create an anchor for passenger travel on JFK's north side.

State-of-the-art technology will improve the customer experience with touchless technology from check-in to gates and digital systems that will streamline the passenger journey throughout the terminal. Advanced security systems will include automated TSA security lanes, biometric-based access control systems and a flexible design to accommodate future technology and/or regulatory changes.

A convenient taxi plaza as well as designated for-hire vehicle pick-up areas will be shared with Terminal 5, substantially reducing traffic congestion on the terminal road frontage and maximizing connectivity across the airport.

As part of the agreement with JFK Millennium Partners, the Port Authority will commit $130 million in capital funding to build enabling infrastructure for the new T6, including airside improvements and utility enhancements such as electrical support for the project. Enhanced airside aircraft circulation will reduce congestion and delays, while roadway improvements will optimize airport traffic flow.

The development of Terminal 6 is expected to create more than 4,000 jobs, including 1,800 union construction jobs, and direct wages of $1.9 billion. JMP is committed to meeting and exceeding the Port Authority's goal of 30 percent participation by Minority- and Women-Owned Business Enterprises and creating opportunities to foster and grow local businesses throughout the development. The Terminal 6 project is part of the Port Authority's $18 billion transformation of JFK under the leadership of Governor Hochul.

In addition to JetBlue, Lufthansa Group will also make its home in the T6, operating international flights out of several gates and creating a world-class lounge experience for guests traveling on its airlines, which include Lufthansa, SWISS, Austrian Airlines and Brussels Airlines.

"The financial close on a new Terminal 6 allows us to move forward with the final piece of our plan to transform JFK International Airport into one of the world's great global gateways. The $4.2 billion private investment in Terminal 6 by JFK Millennium Partners is a vote of confidence in our vision for a new JFK and in the future of our region.

"We want to thank New York Governor Kathy Hochul, U.S. Senate Majority Leader Chuck Schumer, Deputy Secretary Polly Trottenberg of the U.S. Department of Transportation, U.S. Congressman Gregory Meeks, Queens Borough President Donovan Richards, and the leadership and staff of the Federal Aviation Administration in Washington, in Region 2, and at JFK Airport. Without their support, getting this important project to financial close would not have been possible," says Rick Cotton, Executive Director at Port Authority.

"We're honored to join our partners at the Port Authority of New York and New Jersey in today's announcement. We've assembled a first-class team, led by Vantage and backed by Corsair, our shareholder and the project's principal financial sponsor, to deliver a new international Terminal 6 that will transform the guest experience through intuitive design, exceptional amenities, and best-in-class operations, as well as demonstrate the power of strong public private partnerships to deliver extraordinary airport infrastructure for our communities," adds George Casey, Board Chair, JFK Millennium Partners and Chair & CEO, Vantage Airport Group.