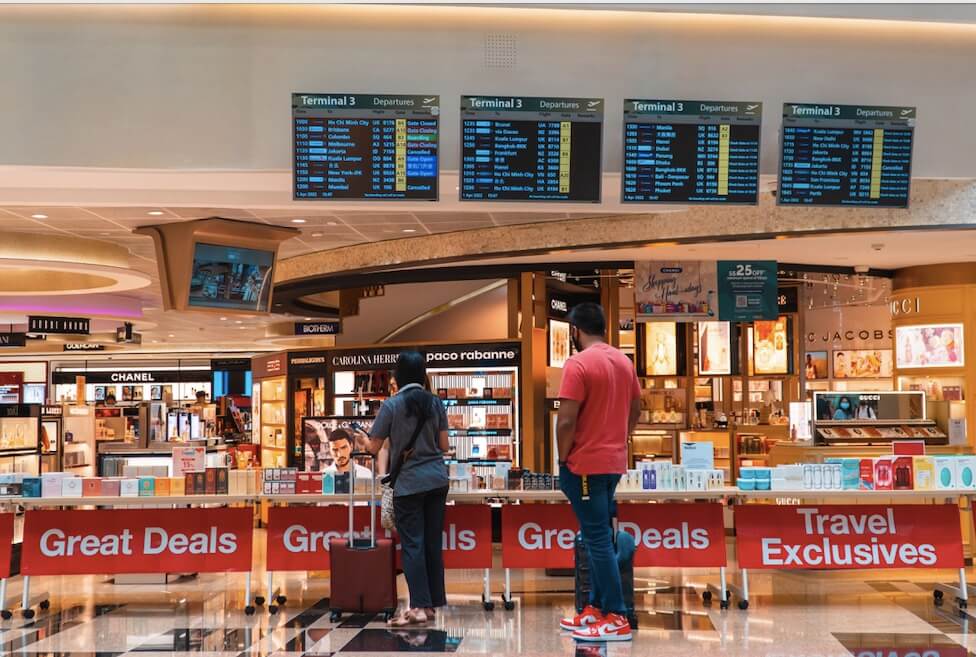 More stores and restaurants are opening at Singapore Changi Airport

Passenger movements at Singapore Changi Airport in June 2022 surpassed 50% of its pre-Covid traffic in June 2019.

In tandem with the air travel recovery, the hub airport has been boosting its commercial offerings, such as opening more leasing opportunities.

On a quarterly basis, the airport registered total passenger traffic of 7.33 million from April to June, which is 43.6% of pre-Covid levels and 14 times compared to the same period last year.

Passenger traffic to and from the Americas rebounded strongly to exceed pre-pandemic levels by 7.13%, supported by the addition of flights to Canada in December 2021.

Europe, Oceania and South Asia also saw strong recovery during the quarter, with passenger movements crossing 60% of levels registered during the April-June 2019 quarter.

Mr Lim Ching Kiat, Changi Airport Group’s Managing Director for Air Hub Development, said: “We are encouraged by the steady increase in passenger traffic as it is a sign that we are getting back on the trajectory of growth towards pre-pandemic levels. The reopening of T4 and partial opening of T2 will give us the capacity to support our airline partners’ efforts in restarting services and launching new routes, which are critical for us to capture post-pandemic demand for air travel.”

As at 1 July 2022, 85 airlines operate over 4,400 weekly scheduled flights at Changi Airport, connecting Singapore to 130 cities in 46 countries and territories.

Connectivity with South Korea was strengthened, with Jeju Air resuming passenger services to Busan and Scoot launching a new service to Jeju.

Changi Airport welcomed three new passenger airlines: Thai Vietjet to Bangkok and Bamboo Airways to Hanoi and Ho Chi Minh City in April; and T’way Air to Seoul in May.

have begun trading since April.

They are Terrace Chinese Kitchen in T1, as well as Flash Coffee, Husk Nasi Lemak and Matchaya in T3. Krispy Kreme and TP Tea, which used to operate in T2, started operations in T3 in June.

In the transit areas, more than nine in 10 shops have reopened. Hang Heung has opened a new kiosk at T1 offering premium, traditional Chinese pastries.