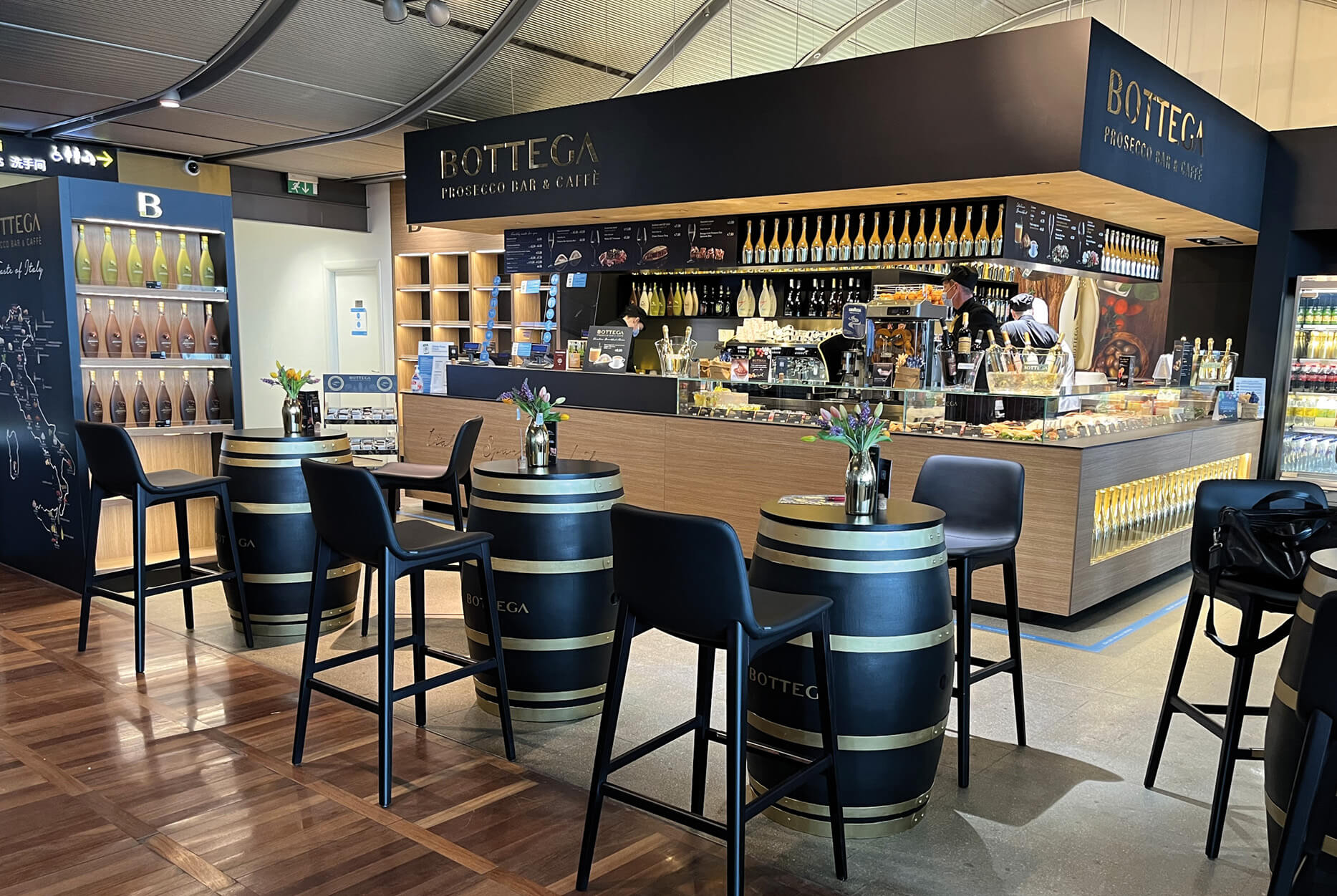 A new Bottega Prosecco Bar has opened in the Extra-Schengen Departures area of Venice Airport.

Sandro Bottega, President of Bottega S.p.A., said: "The opening of a Prosecco Bar inside Venice Airport is a goal I have been pursuing for a long time. The project is a modern evolution of the Venetian bacaro, so we could not miss a location of excellence in the territory which it belongs to. The airport area gives it an international profile. Ideally, if you have a meal or a snack before boarding, the sensations you bring to your palate and soul are to be experienced slowly."

The Prosecco Bar format was launched in 2014 onboard Viking Group's Cinderella ship, which operates on the Baltic Sea. Over the years it has been introduced at the international airports of Rome Fiumicino, Dubai, Birmingham (UK), Bologna, Milan Malpensa and the two Bulgarian airports of Burgas and Varna.

Locations outside of airports include the BOKAN 38th & 39th Rooftop Bar in London, the terrace of the Slaughterhouse in Guernsey (Channel Islands), the Grand Hyatt Hotel in Muscat in Oman, and the British racecourses of Bath and Windsor. In Italy, it opened at Belluno railway station, with a different formula.

The Prosecco Bar concept created by Bottega is based on an informal osteria where food is presented both as cicheti (appetizers) to be eaten at the counter, as well as more structured dishes to be served at table.

The project's mainstay is the Perfect Match, combining traditional dishes from Italian regional cuisine and the different wines offered by Bottega.

Over the last two years, the Prosecco Bars have progressively expanded their offering to include signature cocktails, created by expert bartenders, organic wines and liqueurs and, more recently, alcohol-free sparkling wines, which are setting a new consumer trend, Bottega said.