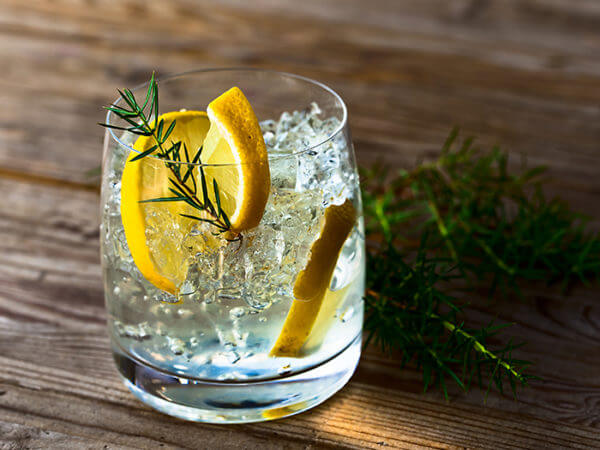 IWSR market research anaylst says, as the gin boom cools in established markets such as the UK and Spain, growth opportunities emerge in a number of non-traditional markets, including Brazil and India

IWSR says data shows that the UK and Spain have now reached “peak gin,” with volume consumption plateauing – but both markets are set to remain important sources of innovation and value for the category in the future. Meanwhile, flavor diversification is a major trend driving gin for established brands, but a new wave of locally produced premium gins is also exploiting growth opportunities in non-traditional gin markets, such as India and Brazil.

According to IWSR forecasts, global volumes of standard-and-above priced gins are poised to grow at a CAGR of +5% between 2021 and 2026. While volume growth in the three largest gin markets of the US, UK and Spain will be subdued, strong gains are expected in other top 20 markets: IWSR expects double-digit CAGR volume growth in markets including Canada, Japan, South Africa and India from 2021 to 2026, alongside CAGR volume growth of just under 10% in markets such as Italy, Brazil and Australia.

“While established gin markets have seen category growth starting to peak, there are several other non-traditional markets that are seeing gains. The ongoing recovery of the key on-trade channel post-Covid has reinforced previously emerging tailwinds for gin in these markets,” said Jose Luis Hermoso, research director at IWSR.

“Moving forward, I see two main areas competing in the major consumer trends relating to gin,” said Campari Group CMO Julka Villa. “On the one hand, we have the timeless London Dry Gin segment where brand image is still among the most important credentials … on the other hand, we see the growing importance of regional/local brands that draw their strength from the close link with the territory, and local craftsmanship.”

According to IWSR data, 2021 was another great year for gin in Brazil, with volumes up by nearly 10 times since 2017. This is underpinned by both at-home and on-premise consumption occasions, points out Luciano Anavi, market analyst at IWSR, with the proliferation of local, inexpensive gins driving “remarkable growth.”

Anavi noted, “Gin has also become an attractive category for experimentation and entrepreneurship, with craft products still booming and flavors being launched regularly to attract consumers looking for new and original experiences. The popularity of gin is also driving brand owner investment in other categories, such as the RTD segment. 2021 saw a big boost in the number of launches in canned and bottled gin cocktails, such as the gin-and-tonic.”

“Brazil plays an important role as a trendsetter in the region, and craft gin is growing in markets such as Argentina and Chile off the back of gin’s success in Brazil,” Anavi added.

Natasha Curtin, VP of Bacardi-owned Bombay Sapphire, said Brazil is now the brand’s leading market in the Latin America & Caribbean region. “While the gin category is still small, it’s growing and Bombay Sapphire has seen consistent double-digit growth each year for the past three years,” she added.

Curtin reports that popular large-scale gatherings involving up to 5,000 people in parks or convention centres provide fertile ground for marketing activities involving gin brands. She said, “In terms of cocktails, we see that it’s all about variants that play off local flavors and spices, such as a G&T with berries.”

A bifurcation of price segments

South Africa’s historically underdeveloped gin market has burst into life in recent years thanks to the emergence of several craft distillers. “This movement challenged perceptions and raised the category’s profile, ushering in a top-down gin-and-tonic revolution that still has the entire market talking,” said Dan Mettyear, research director at IWSR.

The result is eight successive years of double-digit growth for the value price segment, with emerging middle-class women set to take the category forward in the coming years, and flavor innovations driving further consumer recruitment.

However, when retailers and on-trade operators restocked following the alcohol sales bans imposed in South Africa because of COVID-19, they favored established brands, taking the opportunity to trim the ‘long tail’ of slower-selling gins from their listings.

“Having reached saturation point pre-COVID-19 and decimated by the pandemic, craft gins will struggle to progress, particularly as brands with international recognition move to occupy an increasingly challenging premium space,” Mettyear said.

“Retailers will be increasingly disciplined in how many brands they stock, rendering the environment more and more difficult for small and new brands to establish and progress. The gin market in South Africa is scissoring, with demand splitting between the value price segment and super premium offerings.”

In India, locally produced IMFL gins dominated the market for many years, but – as in South Africa – the emergence of a local craft scene has transformed the category. Meanwhile, imported gins are growing strongly, but from a small base.

Total gin volumes increased by 50% in 2021, remaining below pre-pandemic levels. However, volumes for the standard-and-above price bands have more than doubled since 2019, and are expected to almost treble by 2026, according to IWSR figures.

“The Indian craft category is expected to go from strength to strength, with the strong likelihood of more brands and more investment, from large and small players alike,” said Jason Holway, market analyst at IWSR. “Leading international players are also able to offer a well-regarded gin brand, which should help to maintain momentum at the premium-plus end of the category, moving the centre of gravity gradually upwards.”

“India is seeing a remarkable growth in [standard-and-above] gin consumption, especially in a category that was non-existent until three years ago,” said Sanjeev Banga, president, international business, at Radico Khaitan, owner of Jaisalmer gin. “Now you have around 10 to 12 gins being produced, and consumers loving it.”

Spain and the UK: value and innovation

The gin boom was kickstarted by the UK and Spain – the former remains the most valuable gin market in the world – but they have now passed their peak. In both markets, volumes in 2021 remained below the levels recorded in pre-pandemic 2019, both for total gin and for standard-and-above price bands.

While the total UK gin market is forecast by the IWSR to decline at a CAGR of -4% between 2021 and 2026, Spain is expected to stage a partial recovery, but with a relatively lackluster CAGR of +2% over the five-year period.

Nonetheless, both markets remain important sources of value for brand owners, and both still set the trends in terms of product innovation – flavors, ‘pink’ gins, gin liqueurs, no/low products and RTDs – for other territories to follow.

In Spain, the flavors trend is set to be extended – at least in the short term – by the emergence of the ‘exotica’ (sweet spice and cinnamon) flavor of the moment in the influential Andalucian market.

IWSR’s Mettyear noted that premium gin’s moment in Spain has “long passed,” but he added: “Although gin may have peaked, its firm entrenchment in the culture and unique versatility for the kinds of occasions setting the drinks market’s agenda will afford the category relative stability.”

Meanwhile, the UK gin market reached a turning-point in 2021, when volumes declined for the first time in a decade despite the continued momentum behind flavored products, with consumers migrating into other flavored products, including vodkas.

“Although a revival cannot be ruled out, it is likely that we saw ‘peak gin’ in 2020,” said Humphrey Serjeantson, research director at IWSR. “New flavors come in and out of fashion quickly, and regular innovation will be needed to maintain consumer interest. It is expected that curiosity will prompt further consumer movement to other flavored spirits.”