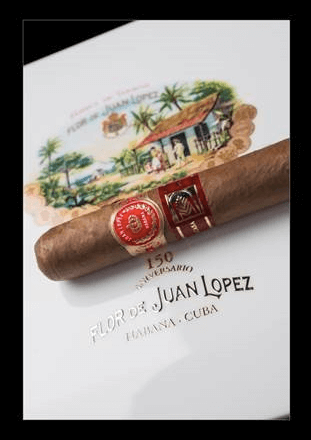 In a world premiere, Habanos S.A. has presented the new Juan López Selección Especial cigar through Laguito 1492, its exclusive distributor for Belgium, the Netherlands and Luxembourg.

The presentation of the cigar (52 ring gauge x 170 mm length) took place online on December 4. Guests were able to gain first-hand knowledge of the new Juan López Selección Especial Habano, and win exclusive prizes, including the first regional edition of the Juan López brand launched in Benelux more than a decade ago.

The new product is presented in a special case which contains 25 Habanos handmade with long filler. The leaves come from the Vuelta Abajo region, widely considered to be where the world’s best tobacco is grown.

The Juan Lopez Selección Especial, with its straight shape and medium-to-full strength, will be exclusively sold in La Casa del Habano specialist stores.

Jorge Pérez, Franchise Director of La Casa del Habano of Habanos S.A., noted that "one of the most important things about La Casa del Habano is the exclusive and limited launching of products that are only commercialized at these points of sale. This is the case in the launch of Juan López Selección Especial, which is sure to be very well received by aficionados”.

The cigar’s aromas evoke sweet, woody, green tea notes with floral accents. Entering the second third, notes of spices, cocoa and roasted coffee are revealed. In the third third, there is more complexity with subtle notes of balanced bitterness, highlighting a great balance between aromas and flavors.

The smoking time is more than an hour.

The Habano pairs very well with central Cuban rums aged at least 15yo or with 18yo Scotch whiskies, the company said.

In 1992, Laguito 1492 (formerly Cubacigar Benelux NV) became the exclusive importer and distributor for the Benelux of all the Habanos brands. Today, the company offers a wide assortment of more than 250 references distributed through more than 400 specialty points of sale, including 10 La Casa del Habano franchise stores and 100 Habanos specialists. In addition to the domestic market. Laguito 1492 also serves the duty free/travel retail channels.

The Benelux market, due to its size and tradition in terms of the experience of its retailers, is considered an important market for Habanos.