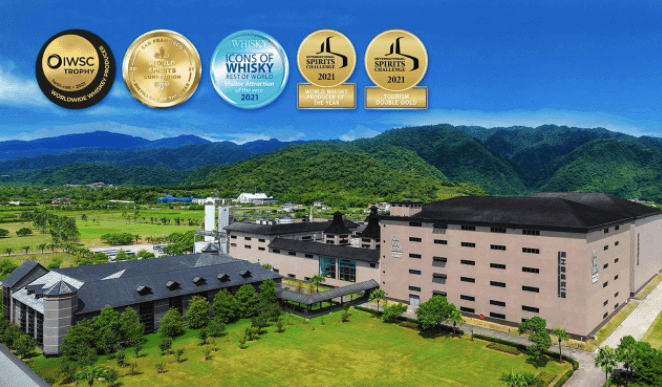 The International Wine and Spirit Competition (IWSC) has awarded its Worldwide Whiskey Producer trophy to Kavalan for the third time, ending a spectacular 2021 awards year for the Taiwanese distiller.

The Worldwide Whiskey Producer trophy is awarded to the highest-scoring whisky producer across the Americas, Europe, Asia and Australasia. This year’s recognition was based on Kavalan’s seven Gold Outstanding and eight Gold medals as well as the Worldwide Whiskey trophy for the Kavalan Podium single malt whisky.

The trophy crowns a spectacular awards season for Kavalan, in which the distiller collected more than 100 gold medals and 10 of the industry’s highest honors.

This includes being named Producer or Distillery of the Year from all the top competitions: IWSC, International Spirits Challenge and San Francisco World Spirits Competition.

CEO Mr YT Lee said 2021 had been a record year for Kavalan. “Kavalan has always pushed through barriers to deliver quality while innovating continuously. We will keep striving to bring to our whiskies the exceptional flavor and aromas our fans have come to expect. I thank the judges for this trophy and dedicate it to my hardworking team,” he said.