SK-II hosted a “Late Night Portraits” event yesterday to showcase the power of its PITERA and PITERA Essence skincare.

“Would you dare to be photographed at your worst moment? With PITERA Essence, you will. Witness the living proof of Crystal Clear Skin, even when it's meant to be your worst moment, through SK-II's boldest PITERA stress test yet,” reads the July 13 press release.

At the heart of SK-II, PITERA is a naturally derived skincare ingredient crafted from a proprietary yeast fermentation process that is exclusive to SK-II. PITERA Essence is SK-II's signature and most awarded best-seller globally, according to the press release. Containing more than 90% PITERA, it is nicknamed "Miracle Water" by millions of women from around the world for transforming skin to Crystal Clear Skin. Every 3 seconds, 1 bottle of PITERA Essence is sold in the world. 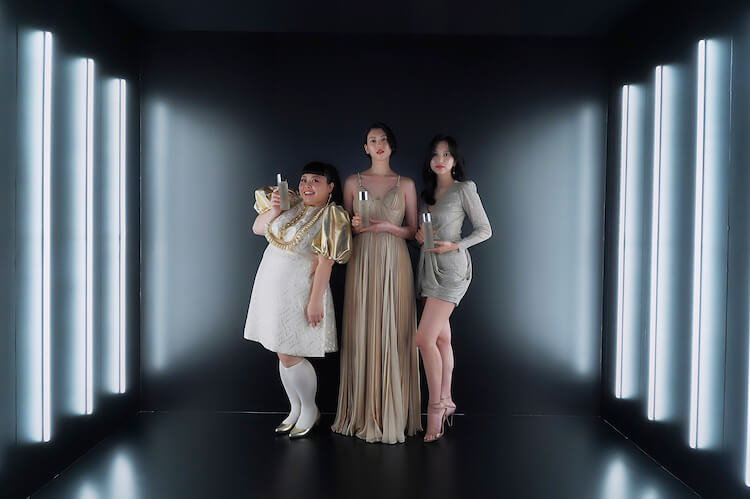 The campaign is inspired by SK-II's PITERA 24/7 Skin Fluctuation Study on the skin of young women. Conducted 24/7 for more than six weeks, the study goes beyond SK-II's pioneering longitudinal skin research to uncover how women's skin condition-texture, pores, redness, dullness, hydration and barrier function fluctuates greatly within a day, even looking up to almost 10 years older due to multiple daily stressors.

The test finds the time skin is at its “worst” is late at night.

“If daily skin fluctuations are not tackled, visible skin problems in the long-term will be accelerated due to an accumulation of these daily fluctuating skin concerns,” reads the press release from the stress test event, continuing: “In SK-II's PITERA 4/7 Skin Fluctuation Study, SK-II discovered that after regular use of PITERA and a bottle of PITERA Essence as her skincare essential, her skin fluctuations are dramatically stabilized, and her skin transforms to Crystal Clear Skin.”

PITERA has a composition that resembles skin's natural moisturizing factors. This allows PITERA to be absorbed quickly and deeply into skin delivering more than 50 micronutrients.

"It was an unusual experience to be photographed at night without makeup. But when the cameras started clicking, I felt at ease knowing that my skin fluctuations have been stabilized by PITERA. I'm happy and impressed at how well my skin turned out, as even late at night, my skin remained Crystal Clear," said MINA.

"I was eager to participate in Late Night Portraits because I was curious about how well my skin would stand up to the test. My skin turned out radiant and truly looked its best even at my worst moment. I hope my Late Night Portrait will convince everyone to be more conscious of starting a skincare routine early," said Ayaka Miyoshi.

"What a bold and cool idea it was to do a bare skinned late-night photoshoot. My skin fluctuates frequently during the day and I have noticed before that late night is my worst moment. However, with PITERA, my skin stayed Crystal Clear and looked amazing," said Naomi Watanabe.

"I really like how SK-II is unafraid to push boundaries. The idea of putting our skin to the test with Late Night Portraits intrigued me and, as a long-time user of PITERA Essence, I felt confident about the condition of my skin even late at night," said Kaori Momoi.

"Our latest SK-II campaign ‘Late Night Portraits’ builds on our iconic PITERA's legacy of miraculous skin transformation and is underpinned by our desire to solve one of the greatest skin frustrations and problems of our consumers—young women of today,” said Sue Kyung Lee, CEO, Global SK-II. "Based on our latest breakthrough study about the phenomenon of daily skin fluctuations in young women and the discovery of how she can look up to almost 10 years older within a day, we embarked on this bold stress-test to uncover the condition of PITERA-powered skin in her worst moment. Inspired by our celebrity ambassadors' courage in stepping up to do a bare skinned photoshoot late at night, I did my own "Late Night Portrait" during World PITERA Day. With PITERA as the essential, I can personally testify that late-night Crystal Clear Skin is indeed possible.”