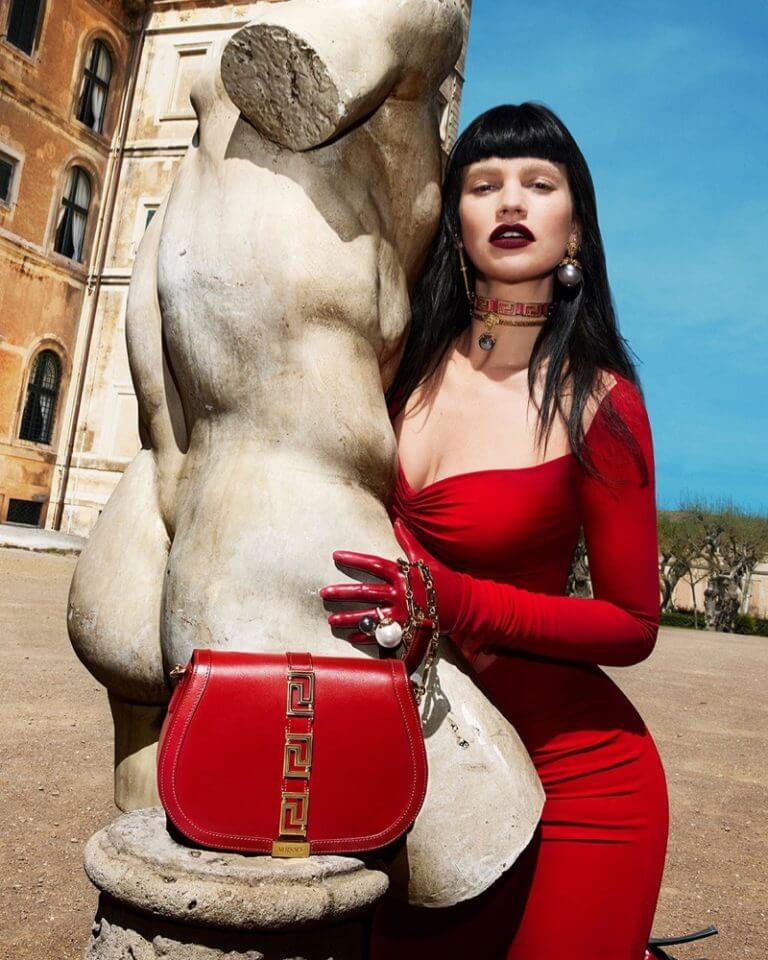 Ferdinando Verderi was responsible for creative direction, and Jacob K., Duffy and Lucia Pieroni were in charge of styling, hair and makeup, respectively.

“When Lily got in front of the camera she transformed! Wearing the collection unlocked her own personal attitude and she took on a new energy and power. That’s exactly how you should feel when wearing Versace!

“The Greca Goddess line of bags is introduced for Fall-Winter 2022. Very Versace contrasts within the campaign imagery fully reflect the new bag and its juxtaposition of rich craft and elegance with a totally contemporary and new energy,” Donatella Versace.

“It has been so special and exciting to be welcomed into Donatella’s Versace family, whether by attending the fashion shows, wearing Atelier Versace to this year’s Oscars, the Met Gala, and now to be in my own Versace campaign!

I have truly never felt more empowered since working with Versace and it has been extraordinary how wearing the clothes made me instantly feel like a Versace goddess. It is such an honor. Thank you for everything Donatella, you are an inspiration. Ti amo!” adds Lily James. 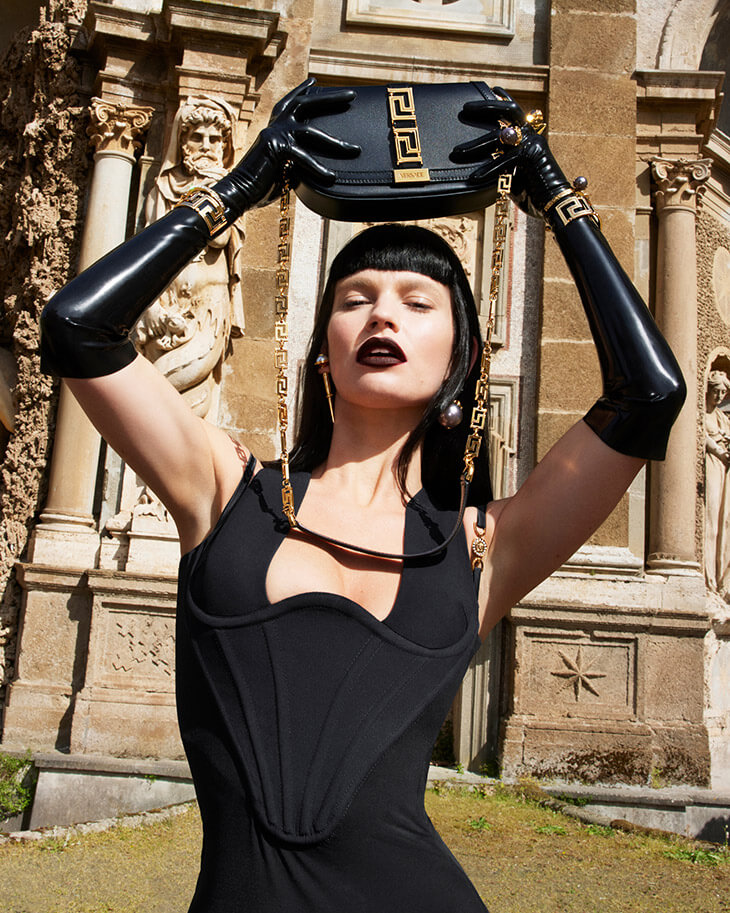