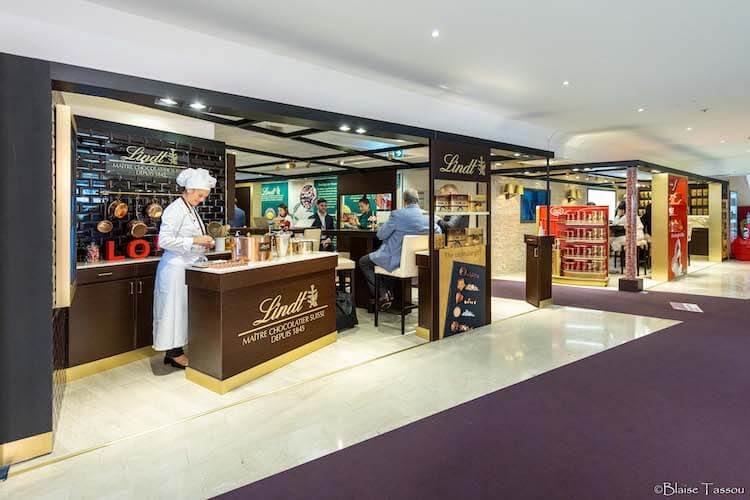 The Lindt booth at TFWA WE Cannes in October 2022

Lindt & Sprüngli is reporting that it achieved a very encouraging organic growth of 10.8% in 2022 which was once again a very challenging financial year. This equates to growth of 8.4% in Swiss francs, meaning that the company almost met the sales threshold of CHF 5 billion (US$5.4 billion).

All geographical regions contributed to the growth, in particular the countries in the “rest of the world” and North America regions, which recorded increases of 16.6% and 15.7%, respectively.

Lindt & Sprüngli reported an increase in consumer traffic in its stores and in the travel retail business at the start of the year due to easing of health-related restrictions.

“Triggered by inflationary price increases and major geopolitical uncertainty, however, the economic environment and, consequently, consumer sentiment dampened in the key markets over the further course of the year,” reads the release.

Lindt & Sprüngli reports it overcame the challenges due to innovative product launches, excellent collaboration with its trade partners and by ensuring its capacity to always supply.

The online business was also a significant contributor, which was able to gain further momentum due to the ongoing expansion of its e-shops and intensifying collaborations with online retailers.

“Lindt & Sprüngli’s clear positioning with high-quality products in the premium chocolate market paid off once again in the last year,” the release continues.

The company also attribute the return of in-person gift-giving occasions as a contributor to growth. In particular, Lindor grew strongly in all markets, a development that was further supported by the launch of new flavors. Further innovations in the praline, chocolate bar and seasonal product ranges also supported the accelerated growth.

Lindt & Sprüngli reported good organic growth in the financial year 2022, with sales rising by 10.8% to CHF 4.97 billion (US$5.45 billion) (previous year: CHF 4.59 billion [US$5 billion]). Currency effects, in particular the weakening of the euro and pound sterling, led to a slightly lower result in Swiss francs. In reporting currency, sales growth therefore amounted to 8.4%.

The rest of the world region saw the strongest growth. The organic growth of 16.6% resulted in sales of CHF 0.65 billion (US$0.71 billion) (previous year: CHF 0.57 billion [US$0.62 billion]). The markets of the future, Brazil, Japan and China and the Global Travel Retail division achieved very good growth rates.

“For the financial year 2023, which will be another challenging one due to the current inflationary environment, Lindt & Sprüngli plans – as part of its unchanged medium to long-term objectives – to achieve sales growth of 6 to 8% per year and an increased operating profit margin of 20 to 40 basis points,” ends the release.