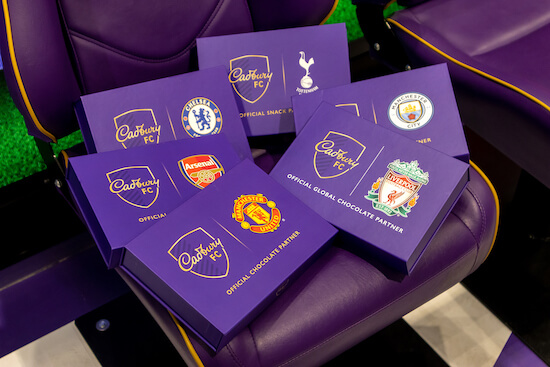 Mondelez World Travel Retail (MWTR) has arrived at the next stop of the Cadbury Football Club global tour with an interactive pop-up that brings fresh excitement and digital engagement to football fans and chocolate lovers at Luton Airport. Building on already-escalating football buzz, the launch of the activation was celebrated with a visit by popular football broadcaster and social media star, Craig Mitch.

Mitch, who has interviewed some of the world’s biggest football stars and worked with the UK’s top television and radio stations, delighted travelers at the airport as he explored the activation and hosted an online competition to award fans with a Harry Kane shirt as well as opportunity to win 10 unique laser-etched chocolate bars. 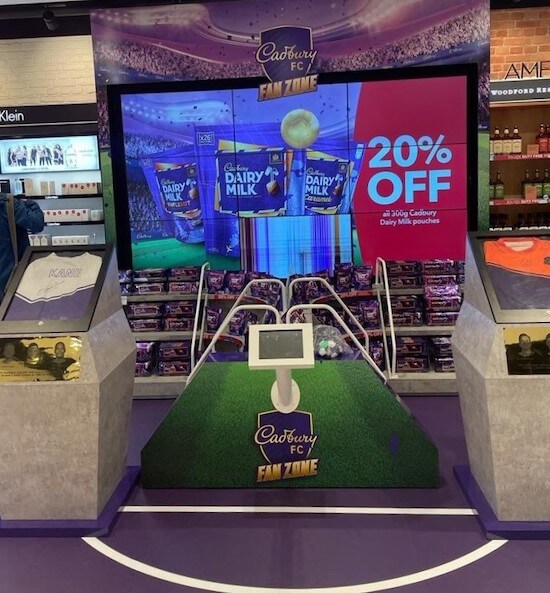 The Luton Fan Zone features various engaging digital elements to build on the cutting-edge in-store innovation that Cadbury has consistently brought to the channel. The Fan Zone includes signed football shirts by Harry Kane and Virgil Van Dijk that travelers can take pictures with, the exclusive laser-printed bars, stadium-themed shelving for products as well as augmented reality sleeves with a QR code, allowing fans to take Cadbury FC home with them. The Fan Zone also includes interactive football games played on a tablet and projected on a big screen, encouraging travellers to test their skills to see how many targets they can hit.

"The next stop of the Cadbury FC tour sees Mondelez WTR once again bringing a memorable and distinct experience to our travelling consumers, and truly pushing boundaries with cutting-edge technology to differentiate the offering in the channel," said Dogus Kezer, Marketing Director, Mondelez WTR. "The combination of digital innovation and this iconic partnership between the Premier League’s top teams and the UK’s favorite chocolate - as well as strategic amplification through social media icons like Craig Mitch - has delivered remarkable excitement across the traveler journey."

Stephanie Zakarian, Head of Confectionery, Lagardere Travel Retail, said, "We are thrilled to partner with Mondelez WTR to bring this exciting concept and chocolate sweetness to our shoppers. The activation, which has attracted travellers of all ages, has not only been an entertaining, engaging, and unique experience for customers, but we have also seen positive results for Cadbury so far."

"Working with Cadbury FC would be a dream come true for any football fan. I had the most incredible time playing games, talking footie, interacting with travelers at Luton and having a bite of delicious chocolate. With the football season over, this was an amazing way to stay connected with Premier League fans," said Mitch.

The Cadbury FC activation is at Luton from April to June.