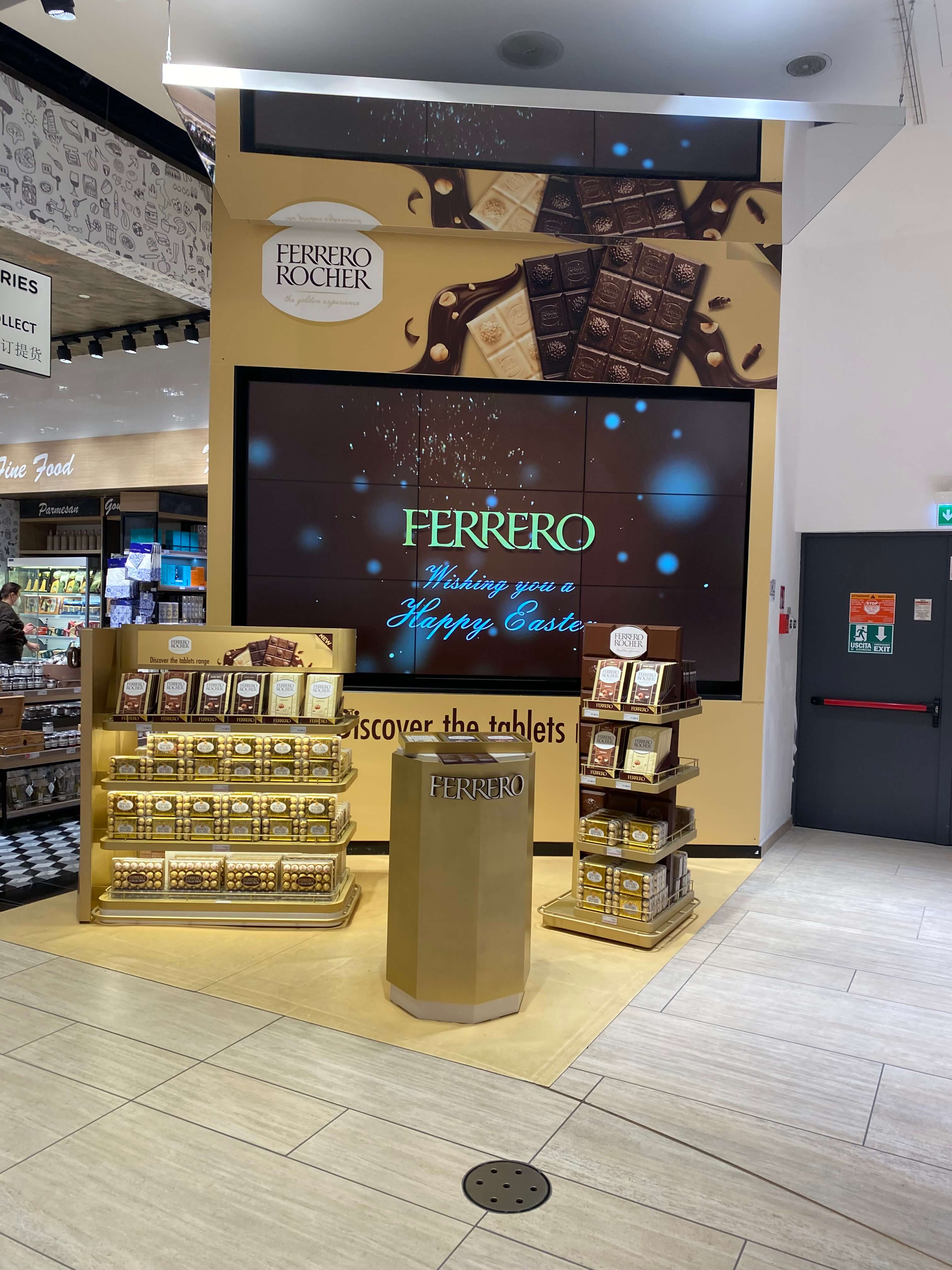 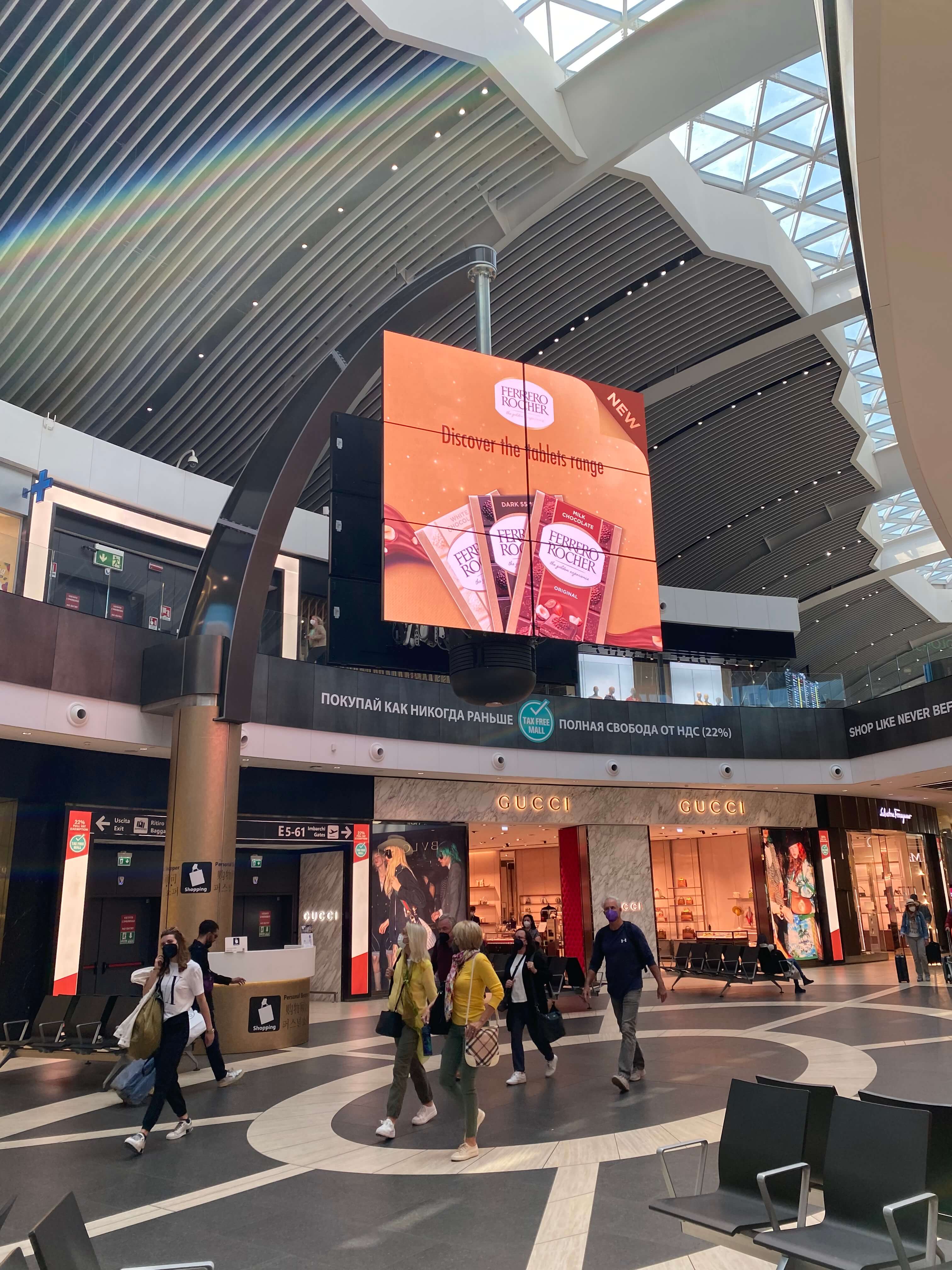 Ferrero Travel Market has teamed up with retailers at high profile airports across Europe and the Middle East to showcase its innovative Ferrero Rocher Tablets. The new tablets are available in three delicious flavors: milk, white and dark 55% cocoa and offer the indulgent taste of Ferrero’s iconic Rocher praline.

The first venue to put Ferrero Rochet Tablets in the spotlight was Rome Fiumicino Terminal 3, where Ferrero worked with Lagardère Travel Retail to mount a tasting activation in April, hosted by a brand ambassador and supported by an on-screen media campaign.

Traveling consumers were invited to sample the chocolate squares and to purchase the travel retail exclusive 3x90-g Tablets multi-packs in milk, white or dark chocolate.

From May, Ferrero Rocher Tablets are being featured at Istanbul Airport during a two-month promotion with Gebr. Heinemann, featuring assisted tastings and slots on high visibility screens in-store and at the tills.

Dubai Duty Free will facilitate a month-long visibility campaign in August at the world’s busiest international airport before, finally, the Ferrero Rocher Tablets roadshow returns to Paris Orly in September, with screen displays across all terminals.

These partnerships follow the successful launch of the Ferrero Rocher Tablets in Luxembourg Airport in November and December 2021.

“Ferrero Rocher Tablets are proving to be extremely popular among not only fans of the original Rocher praline, but also newcomers to the brand who are looking for a sharing or treat size indulgence.

“Our retailer partners have embraced the opportunity to showcase these new Tablets with alacrity. They know that the new SKUs from the famous brand Rocher, which gave them the best-selling boxed chocolate in the world, are likely to bring golden rewards,” says Sergio Salvagno, General Manager, Ferrero Travel Market.